- The slavery is part of a national amnesia

This fall Maria Dumitru started her Ph.D. at MF. As an academic specialised in gender studies, herself a Roma from Romania, she will contribute with unique perspectives to the RCN-funded research project MEMOROBIA.

The MEMOROBIA research project is funded by the Research Council of Norway.

Roma were held as slaves in the principalities of Wallachia and Moldavia in present-day Romania from the 14th century until the middle of the 19th century.

- First, I would like to say that I am very happy to be part of the MEMOROBIA project. It deals with an under researched field. The project aims to investigate what significance the slavery of Roma has for their situation today, says Maria Dumitru.

Please tell us about your project!

- In my doctoral project, I will investigate the meaning of slavery from a gender perspective. The very few pieces of work that speak about slavery, is mainly written from a male perspective. In my project, I will look at the experiences of Roma women during slavery, the sexual violence, rapes, how women were used to reproducing enslaved people and their role in households. The stereotypes and prejudices of Roma women live on in many textbooks: The nowadays exotification and exploitation of the Roma woman body can be traced from the enslavement. I want to investigate this along with the consequences of slavery in today's situation, Maria tells.

Maria says there is little knowledge about these events in Romania today, and slavery has also been portrayed as less severe than it was.

Even in books dealing with slavery, the Roma slavery is often left out.

- Very recently, after huge efforts, this history has, to a small extent, been included in some the textbooks used in schools today. Even in books dealing with slavery, the Roma slavery is often left out. The story is part of a national amnesia, where both Roma and non-Roma don´t learn about their history. Even if we study how the state enslaved the Roma, we still don’t connect or are able to understand the gravity of such traumatic long-lasting episode for the society at large. We don’t even connect that the poverty and the systematic discrimination suffered by Roma is traced from the slavery.

- Some relativise slavery and trying to diminish the gravity of this institution. Some historians claim that it was simply servitude. But it was slavery. According to "the penal code of Moldova" from 1818, for example, as a Roma you were born into slavery, and as a child born from a Roma woman slave, you would be slave as well.

Sees slavery in the context of the current situation for Roma

- Today's situation for Roma has not arisen recently but is the result of several hundred years of oppression – slavery, the Holocaust, communism in Romania.

- Today's situation for Roma has not arisen recently but is the result of several hundred years of oppression – slavery, the Holocaust, communism in Romania. There is little research into this field, and there is insufficient knowledge among people, including Roma. In the current situation in Romania, there is also a lack of repair and healing.

Maria is a Roma woman herself and reflects how her lived experiences and upbringing can contribute in this project.

- You don't have to have experienced racism to understand it, but many people may be far from these experiences and the reality that many Roma encounter. Something I have learned a lot about, is to respect the people I study, build trust with them, and try to put forth with a lot of sensibility their own experiences, voices and needs. They are not simply research objects, I engage with them as participates of my work. In the MEMOROBIA project we want to contribute with excellent research, but also activate for social justice, Maria states.

Maria Dumitru is an alumnus of Central European University. Read their interview with her here.

What is your background like, Maria? And how did you become part of the MEMOROBIA project?

- I grew up in Romania in a segregated neighbourhood - only with other Roma on the city's outskirts. Many of these segregated neighbourhoods have extremely poor infrastructure, with limited access to water, electricity, gas or asphalt. Most Roma in Romania are pushed into these settlements due to racism and marginalization. In a survey from 2020, 7 out of 10 Romanians answered that they do not trust Roma and not want to have Roma as neighbours. The schools in these neighbourhoods usually get the worst teachers, those who are less prepared, and they come with very low expectations on the Roma students. The teachers rarely stay longer than a year, so there is a lot of turnovers of teachers, which affects the students' teaching and motivation.

I started volunteering when I was 13 years old. It became a way of meeting other people in an arena that was not segregated. In my later teenage years, I joined more activist activities. After earning a bachelor's degree, I participated in the “Roma graduate preparation program", at the Central European University in Budapest which prepared me for further studies.

Many Roma are not given the possibilities and opportunities to complete their education, and there is a meagre percentage of Roma in higher education. Growing up, I had some role models, friends of the family, neighbours who were police officers and doctors, who showed me that it was possible to get a higher education. And I had my own father who wished to be a teacher, but he had to work to support his family.

I went on to take an MA in gender studies writing about homeless Roma women experiences in Oslo and carried out part of the fieldwork in Oslo in the Church's city mission, where I worked as a volunteer for three months. I have also worked for the Salvation Army in Oslo in the same area with Roma migrants the summers of 2017 and 2018. 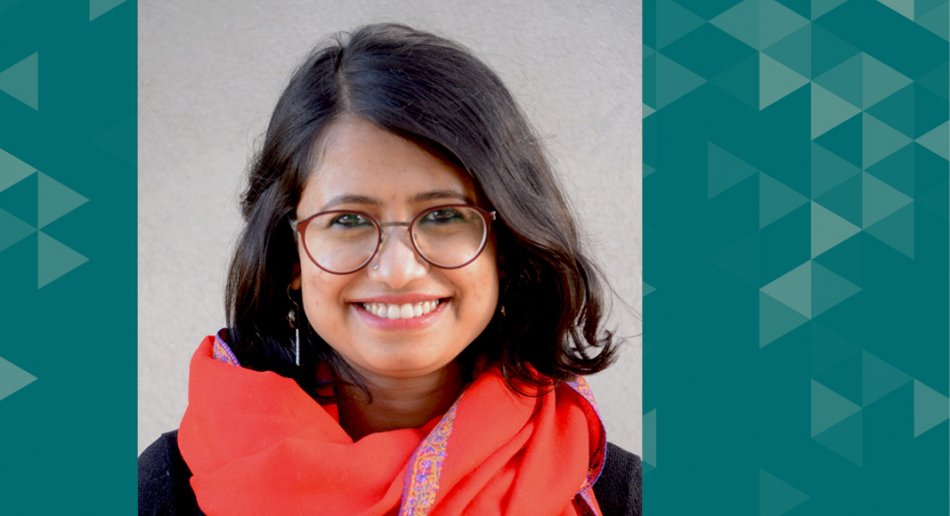